This lecture was presented by Master Sheng Yen’s Dharma Heir Gilbert Gutierrez on Friday July 26 2013 at the DDMBA Chicago Chapter.

The Roots of Chan will trace Chan’s roots back to Shakyamuni Buddha and its journey to the Far East tracing its influences from Madhyamaka, Yogacara (consciousness only school), Theravadin, Hua Yen, Tien Tai, schools, as well as indigenous influences of Confucianism and Taoism. Through to the formation of Northern (Shen-Hsiu) Gradual Enlightenment School and Southern (Hui Neng) Sudden Enlightenment school. 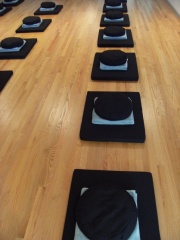